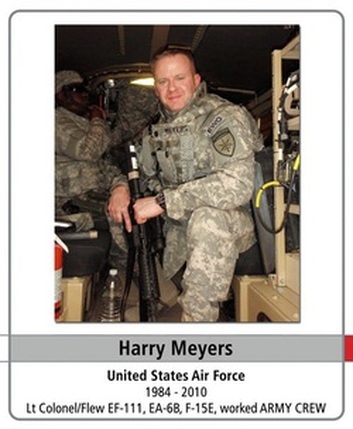 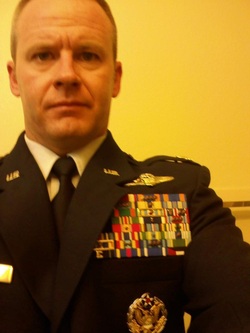 Harold has some of the HIGHEST combat numbers in the history of the U.S. Air Force. He has served 19 tours and over 300 successful missions in Iraq.

He joined the military at 18, and did what he loved. Flew Fighter Planes.

He battled many things in his life.

He always took care of things, including his wife and family. He made sure things were working and reliable.

He worked at the Pentagon in Washington D.C. but his heart was in the cockpit. He wanted to fly and that's what he had his mind set to do.

He was so good at what he did the Navy tried to recruit him.

He loved his country so much his last tour was fought out of his comfort zone- on the ground. He fought on the ground for the U.S. Army, and was devastated he couldn't fly, but he was still proud to be fighting for his country.

He never had the chance to say goodbye or say his feelings, but we know he loved his daughters Jessica & Cassie, his wife Elizabeth, and anyone he knew- Including his step-sons, Tyler, Brandon, and Corey. He took care of things at home, with family in Texas, and his family along the East Coast.


Below is a small example of who is on our site. Want to see them all?